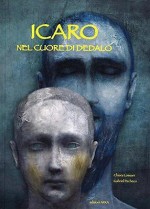 Published in Italy and Mexico. 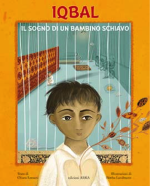 In collaboration with UNICEF ITALIA.

Published in Italy and Japon 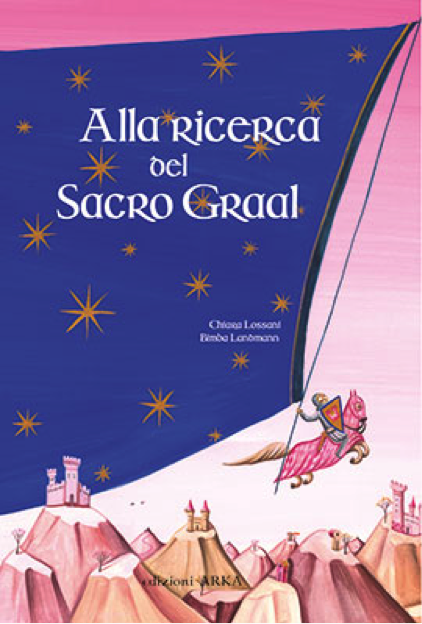 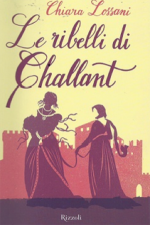 –
1450, Challant Castle: Dora is a 13 years old girl and lives in the Challant Castle, but doesn’t  like  the rules  of  the  ladies. Her destiny meets another rebel lady: Catherine of  Challant, who is  defending  her  right to the  title of countess against  her cousins and the duke of Aosta. This novel is a prequel of “Tre primavere al castello” ( Fabbri, 2006). We can find here the same historical environments and some characters of one of the most famous Italian families: the Challant. 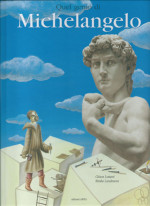 –
One night in 1564, a very old sculptor, scruffy-looking, and with an edgy character like marble, talks about his life that now is going to end. Through the eyes of a child, tells of his works of sculpture, painting and architecture, which have made him, as Leonardo da Vinci, the genius of the Renaissance. 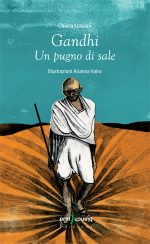 –
Ariadne has a divided heart: she loves Theseus, the young man who comes from Athens to kill the Minotaur or to die in labyrinth. What shall she do? She could leave Theseus to himself  in labyrinth or she could help him to kill her brother and then go away from the cruel island of Crete?
In this myth, the most famous in the world, Minotaur – as wrote Plutarch -  is not cruel. He is only a poor monster.  The king, Minos, is cruel, a cruel tyrant that uses Minotaur for his power.

Sciopero in famiglia (A strike in the family)

–
Stella is very angry: his parents decided to move to another city. She does not agree with them and she decides to strike against his parents. A strike in the family. She decides to look for a new family to return to live in his old neighborhood. But many adventures and special meetings are waiting for her …

The book has been published in ten countries and in eleven languages: Italy, Spain (Spanish and Catalan), France, Netherlands, Portugal, Brazil, USA, Japan, Korea, China, Taiwan.
Awards:
The book was included in the catalog “The White Ravens 2010,” organized by the International Jungendbibliothek of Monaco. The catalog includes the 250 best books of the year 2010.
The book has win Premio FNLIJ  Brazil 2013 (Fundaçao Nacional do Livro Infantil e Juvenil)
The boook was inclused in PNBE 2015, program by Brazil Government for schools.
–
Inspired by letters that Vincent wrote to Theo, his closest friend and constant encourager, the text of Vincent van Gogh and the Colors of the Wind is vibrantly illustrated in a style that recalls the paintings of the artist himself. The book also includes fourteen reproductions of van Gogh’s actual paintings. This lyrical story provides a thoughtful and fresh look at the life of one of the world’s most famous artists.

All’ombra della pagoda d’oro. Tra I bambini di strada in Birmania (In the shadow of the Golden Pagoda. Among street children in Burma) 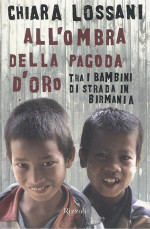 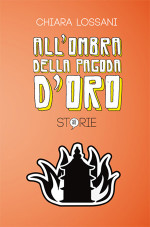 Publication years: 2012 special edition as an attachment to the Corriere della Sera

Awards:
The book won the third place in three very important competitions in Italy: Premio Gigante delle Langhe 2008, Premio città di Bella 2009, Premio Lago Gerundo 2012.
All royalties from the book are donated to a humanitarian association that takes care of the Burmese refugees.
–
When burman soldiers invade their village, Lin and her friends have to run away to Rangoon hoping to find their parents. Here they take refuge in a very special garden: the garden of the house where lives  under arrest Aung San Suu Kyi, leader of the Burmese resistance…

The book was also published in France, Portugal, Korea, Mexico and South America. The Mexican Ministry wanted to publish a special edition of the book with its own brand.
Were staged theatrical performances inspired by the book. The theater company “Teatro d’ Oltreconfine” (www.doltreconfine.altervista.org) presented “The Birth of the seasons”
–
Why the nature dies each winter and was reborn in the spring? To this question the ancient Greeks responded by telling the myth of Demeter and Persephone, a love story between a mother and a daughter that took place when, on earth, there was only one season: summer … A story that introduces children to the ancient Greek culture. Seasons of nature and seasons of the heart in a single myth, with the guidance of the voice of the choir that takes the reader along the story.

–
Andrea’s life is very tiring! He is humiliated by school bullies who tease him for his weight problems. But luck is about to change with the arrival of  incredible characters: Lallo, a rare specimen of  butterfly, Giò, nicknamed the gliding because of her  legendary ears, and the Entomologist Professor Ridotti. The life of Andrea become more …light!

–
The writer Fernando Rotondo quoted the book among the best novels on the topic “Love and Romance”.
–
This book is a historical novel set in the late Italian Renaissance at the castle of Issogne. The story follows the adventures of Isabella, daughter of the Earl of Challants, her sister Yolanda and their servant Floretta. Three young women who meet the love over the course of three long and unpredictable springs.

Una torre contro il cielo (A tower against the sky)

Awards:
The novel placed second in “Premio Castello di Letteratura per l’infanzia 2006”, an important books competition in Italy.
–
Iruk, nicknamed Half-voice is a lonely child, who lives an extraordinary event: the fall of the great tower of Babylon. This tragic event will become a valuable opportunity to Iruk: he will meet new friends and thanks to their adventures the history of mankind will change forever.

Awards:
The book was included in the catalog “The White Ravens 2005,” organized by the International Jungendbibliothek of Monaco. The catalog includes the 250 best books of the year 2005.
–
Sara leaves for England where she will learn English and be staying with an English family. But her study-tour will be full of adventures. In fact, hidden in his suitcase, there is Aberdee, an anorexic python … Could Sara to complete his special mission? The friendship and poetry will help her …

–
Jakim lives in a tower with old Acheru, doctor and alchemist. Jakim is a lonely boy, no one notices him. But in reality it is not alone, he lives with his secrets surrounded by nature and silence.
His life is turned upside down by the arrival of Kalima, and thanks to his friendship, Jakim learns to release his secrets …

Awards:
In Dicember 2012 the book won “Premio internazionale dell’illustrazione per l’infanzia Rolf Lidberg, città di Cefalù”.
The book was awarded a special mention to the “Premio Castello”
Were staged theatrical performances inspired by the book.
–
Two shepherds, Abar and Babir, leave the mountain in search of their most important desire. During this journey they discover new desires, and it is difficult to understand what is the most important.
Where and when will finish this research and their journey?

I confine della tigre (The limits of the tiger)

–
How much space a tiger need to live among men without causing damage? How Shalom will still to weave his carpets after that were destroyed by the Men Raptors? How will the three ambassadors and Empress to win the love of the people?
Three tales from oriental flavor that make us reflect on ourselves and on others.